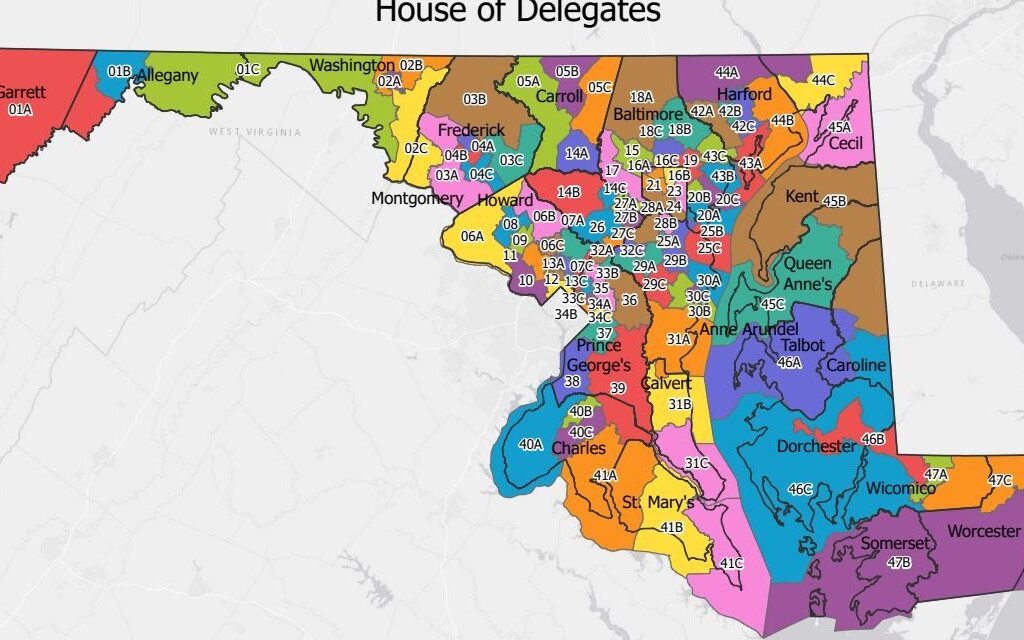 The writer is the president of iSolon.org, whose mission is to solve the most difficult democratic reform problems.

Welcome to gerrymandering season. Unlike Christmas, which comes every year, this one only comes once a decade.

This season Maryland’s General Assembly will pass two gerrymanders: one for Congress (just passed) and one for itself (coming soon).

The politics behind the two gerrymanders differs. Partisan considerations dominate the congressional one; pro-incumbent considerations the legislative one. Democratic legislators already have a veto-proof majority in the General Assembly, so their priority is to create safe seats for themselves, a goal shared by both Democratic and Republican incumbents.

After the General Assembly passes each gerrymander, the courts have the power — at least in theory — to rule on their constitutionality. Already, Fair Maps Maryland has said it will bring a lawsuit in Maryland state court challenging the congressional gerrymander based on a variety of constitutional grounds, including the gerrymander’s obvious lack of compact districts.

But the court’s power is mostly in theory; in practice, state judges don’t like entering the “political thicket;” that is, ruling on even obvious gerrymanders. One explanation is the judges’ blatant conflicts of interest. Many are heavily dependent on the General Assembly for their appointment, retention election or promotion up the judicial hierarchy. Many even won judgeships partly because of their track record as reliable partisans. Thus, to avoid damaging their own and the court’s legitimacy, judges often try to sidestep ruling on gerrymanders.

To mitigate the court’s conflict-of-interest problem in ruling directly on gerrymanders, I recommend that three-judge redistricting panels delegate redistricting decisions to average citizens via a citizens’ assembly.

A citizens’ assembly is selected randomly like a conventional jury, except it is much larger so it is a better microcosm of the public. Like a jury, judges have an inherent power to convene such an assembly. Like a jury, too, judges moderate the assembly process and explain the relevant law to the assembly members. The task of the assembly is not to draw maps but choose among submitted ones. As with all redistricting maps, any map chosen by the assembly is subject to review by the U.S. and Maryland supreme courts.

What is new is that for the first time in America’s decennial redistricting history, the machine-readable datasets, algorithms and evaluation models needed to efficiently implement this type of mapmaking process already exist.

A Citizens’ Assembly on Redistricting would untie the Gordian Knot of redistricting: the rampant conflicts of interest when either legislators or judges control redistricting maps. Unlike other potential solutions to this conflict-of-interest problem, this one requires no new statutes or constitutional amendments. The judicial branch can implement it immediately because it has always had the inherent power to convene such a supersized jury. At long last, it also has the requisite technology at its fingertips.

Judges who choose to exercise this power could help reverse America’s shameful democratic backsliding compared to other Western democracies — and without jeopardizing their own reputations for integrity.

A Citizens’ Assembly on Redistricting would not be a perfect solution to the gerrymandering problem, but it would be a significant and politically feasible improvement over the status quo.