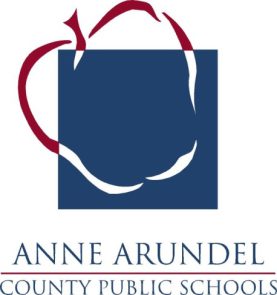 Two of the finalists, Arlotto and McMahon, are senior Anne Arundel County Public School (AACPS) administrators and have spent their entire careers working in the Maryland public schools.  The third candidate, Duran, is superintendent of the Trenton public schools, a school district about one seventh the size of AACPS.

I estimate that the expected value of Maryland pension benefits due Arlotto and McMahon would increase by an average of $2.4 million if either won the job.  For Duran, the comparable number would be zero dollars.

The basic explanation for the signing bonus is that in Maryland the value of an employee’s pension is determined by the average of the last three years of that person’s eligible compensation.  Thus, if the value of Arlotto’s or McMahon’s final salary is doubled as a result of winning the superintendent position, their expected pension payout also doubles, which in this case is equivalent to an expected ‘signing bonus’ of $2.4 million.

As a point of comparison, Maryland’s Governor, Martin O’Malley, earns $150,000/year.  So the signing bonus amounts to sixteen times the Governor’s annual salary.

Some might argue that this ‘signing bonus’ is free to Anne Arundel taxpayers, as the State of Maryland currently pays for the pension (and even that payment is arguably deferred to the future).  But if Maryland continues to shift pension obligations from the state to localities, the free lunch may prove illusory.

Here is how the $2.4 million calculation was made:

What the $2.4 Million ‘Signing Bonus’ Reveals

This type of pension arithmetic teaches one a lot about superintendent selection politics and the type of pseudo reforms both political parties in the Maryland General Assembly often engage in.  One implication of such a signing bonus is that there will be a disproportionate number of superintendent candidates from Maryland because the real compensation for an internal candidate will be many times larger than for an external candidate.

A second implication is that those applying externally will likely consist of either those who see working for AACPS as a major step up (rather than as a lateral move) or those who expect a short tenure in their current job  (superintendents from urban districts such as Newark tend to have very high turnover).  Duran illustrates these dynamics not only in the comparatively small district that he comes from but also his relatively short tenure there (less than two years) and his inexperience as a superintendent (also less than two years).

In other words, this bizarre compensation scheme systematically discourages the most qualified out-of-state candidates from applying, while creating the opposite incentives for local candidates to apply.  Of course, anyone who knows anything about Maryland school politics would expect exactly this type of stacked and perverse incentive structure that distorts the superintendent job market.

Now let’s take the AACPS superintendent bill our General Assembly delegation is so proud of and that passed a few days ago with overwhelming support.  The bill prohibits “the Anne Arundel County Board of Education from paying monetary compensation to the county superintendent of schools for sick leave benefits earned while employed by any other board of education or public school system.”

Our previous superintendent, Kevin Maxwell, carried about a year’s worth of accumulated sick leave from Montgomery County (worth about $257,000) when he was hired by AACPS.  People reacted with outrage when they learned that he could cash out those sick leave days at Anne Arundel County taxpayers’ expense whenever he chose.  (Given my op-ed years before about Maxwell’s compensation package, “America’s Million Dollar Superintendents,” featured on the back cover of America’s most widely read and cited education newspaper, Education Week, the claimed surprise is itself remarkably surprising.)

So banning the cashing out of such sick leave would appear to be an unmitigated good, right?  Not quite, because banning the use of such sick leave enhances the incentive to hire future superintendents from within AACPS.  Remember: Arlotto and McMahon are still allowed to benefit from what candidates outside AACPS are prevented from doing; for example, they can earn sick leave when their salaries are, say, $60,000, and then cash them out when their salaries increase to, say, $300,000.

A better solution would be to have transparent disclosure of what superintendents and other AACPS staff actually earn rather than the type of misleading press statements the public routinely receives.  Unfortunately, it’s unrealistic to expect the local newspaper to publicize total compensation information (as opposed to base salaries), which has implications far beyond merely the superintendent.  For similar reasons, it’s unrealistic to expect parents or our local politicians to do so.  That’s why it has to be made readily available online without anybody having to ask for it and risk retribution.  If constituents could easily see the truth, it wouldn’t be so easy for politicians (of both political parties) and press release dependent local newspapers to mislead the public.

P.S. Who do I think will be selected?  I’d bet on Arlotto,  He’s a very shrewd political actor who will bend his knee to the powerful; that is, he has the key trait that the Board of Education will focus on when it makes its final choice.