In January 2013, a local court convicted former County Executive John Leopold on two counts of misconduct in office.  In addition to requiring him to serve jail time, it banned him from running for elective office for five years.  In September, Leopold appealed the lower court’s ruling, and last week Maryland’s Court of Special Appeals held its hearing on the appeal. 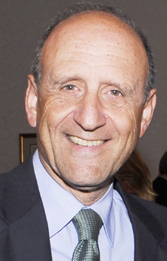 My takeaway from the hearing is that a deal has been struck to allow Leopold to run for office.   The defense spent the bulk of its time challenging the count of personal misconduct involving Leopold’s assistant emptying his catheter bag.  It spent the balance of its time on a half-hearted challenge to the count involving political misconduct.  At no point did Leopold’s appeal to be allowed to run for office come up with either the defense, prosecutor, or three judge panel.

This omission was striking.  Why avoid the issue that is of most pressing concern to the defendant, that was a major part of the defendant’s written appeal to the court, and that is the issue where the defendant has the greatest odds of success in his appeal?  So after the trial I asked Leopold’s defense attorney to explain the omission.  He replied that he simply didn’t have enough time at the hearing to address it.  But if he actually feared losing on the issue, that reply made no sense: it would be an admission of professional incompetence coming from one of the most accomplished election law lawyers in Maryland.

What I think actually happened is that the prosecution quietly conceded that it could not win on the election issue, so it was in all the parties’ self interest to focus on issues where the judges could be persuaded.  That would explain the overwhelming focus on the catheter issue, which is the count of misconduct where the lower court’s ruling was weakest.   Downplaying an issue he was likely to lose on anyway would be to the advantage of the PR-savvy prosecutor, who could then claim that the court upheld what he really cared about: Leopold’s conviction.

The hearing was covered in the local press, but there was no mention of how odd it was that the election issue didn’t come up.  The press, of course, wouldn’t have known how odd it was if it hadn’t physically gone to the courthouse, paid a small fortune to copy the appeal documents, and then studied them.  But this is not the type of due diligence the local press would be expected to exert for such a story.

One of the things I have learned in studying Maryland politics is that the things that aren’t said at public hearings are often much more important than the things that are said.  If the various parties at a hearing are quiet about an 800 pound gorilla standing in the room, then there is often a story to be told.   This is one of my biggest gripes about local political reporting: the reporters don’t know or care enough to report on those 800 pound gorillas lurking at the public events they cover.

In any case, we’ll know soon enough whether my prediction is right or wrong.   The Court of Special Appeals usually takes more than three weeks after a hearing to issue a ruling, so there is no guarantee that the Court will issue its ruling before February 25, 2014, the filing deadline for candidates running for the General Assembly (Leopold has announced his intention to run for a seat in the House of Delegates if the court allows him to).  If the Court is fundamentally hostile to Leopold but believes he has a strong legal argument, it could play the game of waiting until after the candidate filing deadline to issue a ruling in his favor.  But my guess is that if the Court intends to allow Leopold to run for office, it will act with integrity and issue its ruling before the candidate filing deadline.

The public, not the courts, should decide

Postscript: On March 26, 2014, the Maryland Court of Special Appeals overturned the lower court’s opinion, ruling that Leopold could indeed run for office when he so chose.