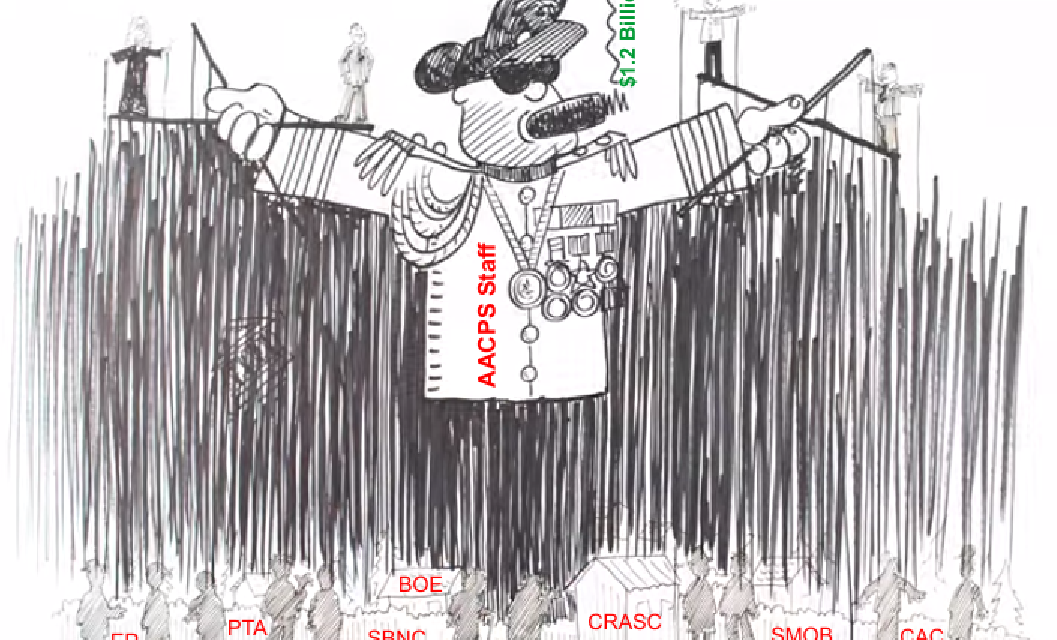 This eLighthouse report on AACPS’s use of government resources for political activity is based on a series of Public Information Act requests.  It focuses on one case study: student grassroots legislative lobbying orchestrated by AACPS staff using AACPS resources.  The cover cartoon, which depicts AACPS staff control of the key democratic institutions that are supposed to make AACPS accountable to the public, attempts to capture the scope of the problem, which has been the subject of dozens of articles posted on eLighthouse.info.

The report may be downloaded here.

Here is a quote from a relatively low level AACPS public official that illustrates why it is so hard to get AACPS senior administrators, such as the boss of this official who orchestrated AACPS student and parent political activity, to comply with the stated intent of the Public Information Act (see page 33 of the report).  The quote refers to Maryland Senator Ed Reilly who represents Maryland District 33 in Anne Arundel County:

Ed Reilly claims to have been making a statement about public policy but the only real statement he made was about how he is a condescending jackass with no sense of accountability towards his district.